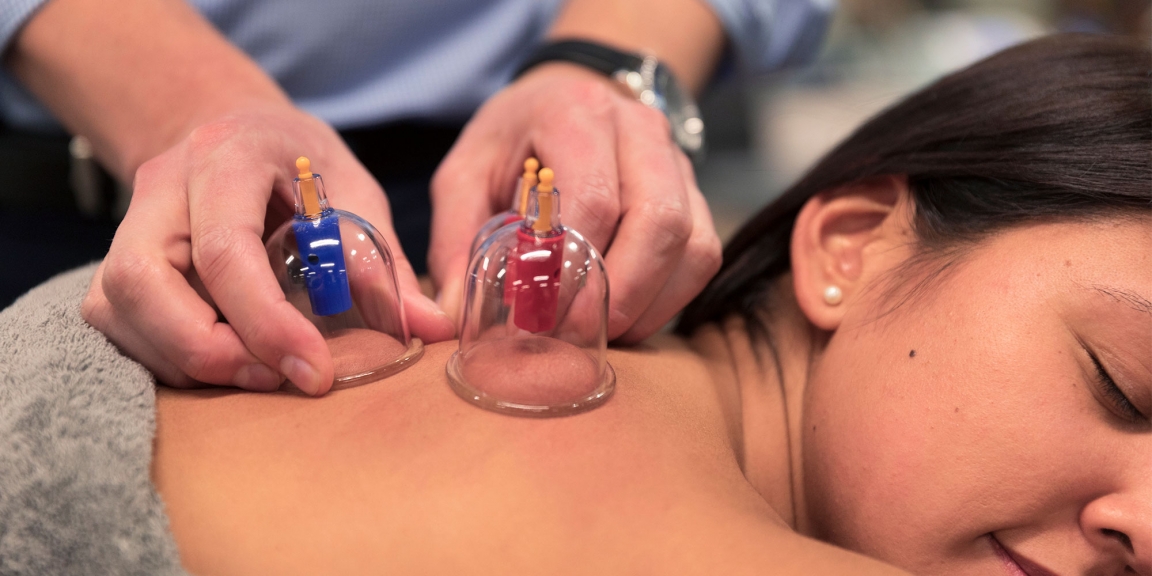 Myofascial decompression (MFD), more commonly referred to a Cupping, is a traditional Chinese therapy that has been adapted to the field of Sports Medicine. It has become so popular among professional athletes, that the majority of Olympic hopefuls at the 2016 Rio Olympics —including Michael Phelps—requested Cupping as part of their maintenance recovery programs.

Who Can Benefit from Cupping?

At Spear, our therapists use a type of cupping called Air Cupping. Air Cupping, spe-cifically, has been indicated in a variety of injuries including chronic low back pain, fibromyalgia, migraines, cervical spondylosis and other myofascial soft tissue injuries. Air cupping is used to promote healing and blood flow to the injured area. Cupping can:

At Spear Physical Therapy, we provide Cupping/MFD services to everyone from high school athletes and weekend warriors to athletes at the highest levels of competition.

How Does Cupping Work?

Placing the cups on the body increases blood flow to the injured area and draws toxins from the deeper tissue to aid in healing. The negative pressure from the cups lifts the fascia to stretch it and allow for lymphatic drainage of toxins. Restoring normal tissue movement can eliminate pain as well as any mechanical deficiencies caused by the restricted soft tissue.

The traditional way of using MFD was to mimic the meridian lines, or healing pathways, of the body. The cups were placed along these meridians to elicit changes within the body.

Today, there are a few different cupping techniques that can be used: some are more passive (the cups are placed on areas of tension and not moved for the duration of treatment), and some are more active and aggressive (after placing the cups on certain restricted areas, the patient is asked to perform an active movement).

Note: Cupping can result in deep red circles where the cups were placed, indicating that toxins and other cellular debris have moved from deeper tissue layers to the surface. Circles could last for up to a week or more, and are not painful, with the exception of some minimal initial soreness.

How Much Does Cupping Cost?

Cupping is one modality that may be used as part of your traditional Physical Therapy treatment. Use of Cupping and other modalities will be determined by your Spear Certified Physical Therapist at time of treatment.