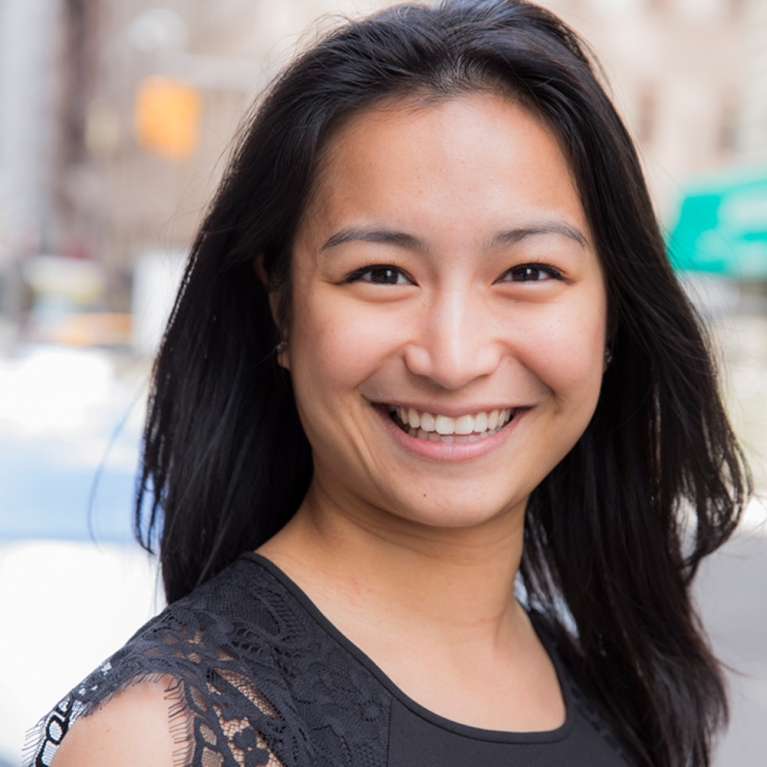 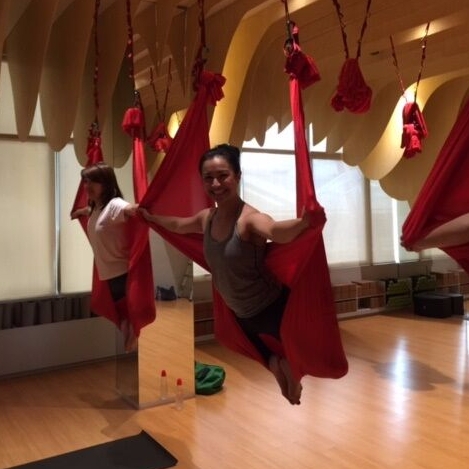 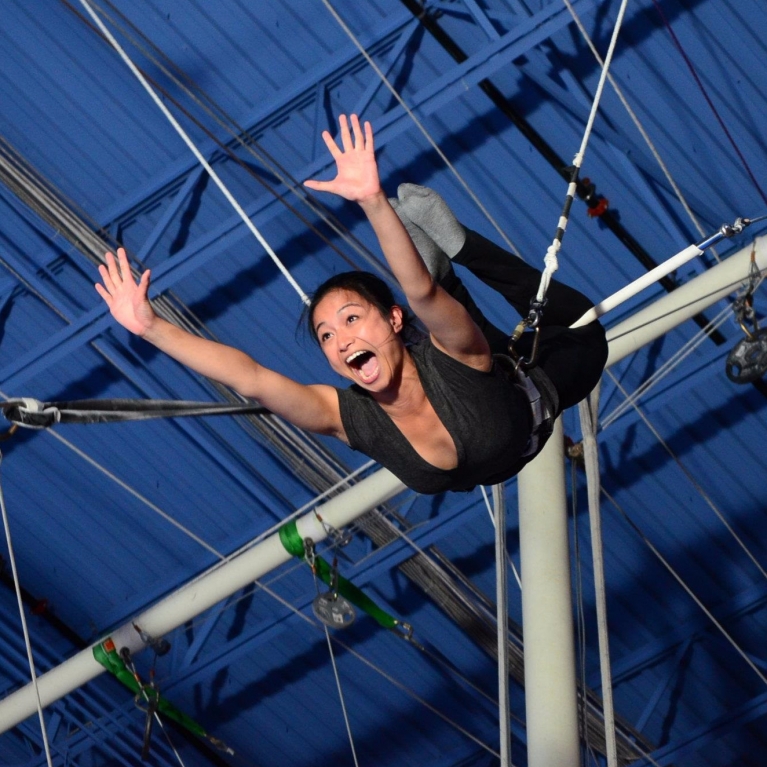 Ninia Agustin is the Clinical Director of SPEAR’S Times Square – Center for the Performing Arts location. Ninia earned her Doctorate in Physical Therapy from the University of Delaware. During her time there, she was the fundraising chair for her class and raised money for the Foundation for Physical Therapy. She received the Chair’s Award at graduation to recognize her efforts.

Before attending graduate school, Ninia received her dance training and graduated Summa Cum-Laude from the Ailey/Fordham BFA Program with a minor in Business Administration. There, she performed works by Alvin Ailey, Ronald K. Brown, Lar Lubovitch, and Bill T. Jones, among many other esteemed choreographers. She performed “Memoria” with the Alvin Ailey American Dance Theater at New York City Center for their 50th Anniversary Gala. She was a member of Buglisi Dance Theatre in New York City after graduating and taught Bounding Boys I, II, and III at the Ailey School. She has performed in the United States, Spain, and Mexico.

Ninia has clinical experience in pediatrics, inpatient rehabilitation, and outpatient orthopedics, specifically working with dancers. She has an interest in furthering her manual therapy skills and focusing on dance medicine. In her spare time, Ninia enjoys dancing, yoga and baking.

Reviews
See this Review
I have had amazing time with Ninia and Vinnie at Spear at their Plaza location. They've taken the time to really get to know me and my condition. They use a…

Jul 2018 Teija Garrett New York, NY
See this Review
I've worked with several DPTs (Doctor of Physical Therapy) within a few different companies regarding an ACL repair a few years ago and recently after rotator…

Jul 2018 Beth K. Holmdel, NJ
See this Review
A sprained ankle seems to be my annual hiking injury. Although I didn't sprain my ankle this year, I still experienced quite a bit of pain and discomfort, possibly…

Jul 2018 Helen L. Queens, NY
See this Review
Great staff and facility overall. Very clean and welcoming. I already feel better after 5 sessions with Ninia. I did not believe in PT too much before actually…

Jun 2018 Bianca V. Washington, DC
See this Review
I have had a few injuries in the past three years and have been treated by Ninia Augustin at Spear PT Midtown Plaza Hotel. Ninia is a superb professional, very…

Jun 2018 Kamen G. New York, NY
See this Review
I've been in and out of physical therapy for various injuries for decades and my experience at Spear at the Plaza has truly been the best of them all…

May 2018 J C. Long Island City, NY
See this Review
After 11 weeks working with Ninia and the great Spear team, I'm close to 100% recovered from knee replacement and doing all the activities I enjoyed prior to…

May 2018 Steven Skoler New York, NY
See this Review
I worked with almost everyone on the team at SPEAR over the course of four months while rehabbing a labrum tear in my hip. I'd never done PT and was a bit…

Mar 2018 Reid Newton New York, NY
See this Review
This place has been a god send for me while going through a particularly difficult rehab. Ninia and her staff are all extremely knowledgeable, and just as…

Mar 2018 Bo M. New York, NY
See this Review
So I had a severe accident back in May and the actual shoulder surgery in June. 3 out of 4 torn ligaments and one complete avulsion. Physical Therapy started…

Feb 2018 S K New York, NY
See this Review
Ninia and her team at Spear are very special. Not only are they very very knowledgeable, but they are also supportive, caring, attentive, articulate, and…

Feb 2018 Gillian M. San Francisco, CA
See this Review
Ninia is a rockstar and the entire Spear Team is made up of people who truly care about their clients. Everyone knows my name when I walk in and everyone seems…

Feb 2018 Charissa Bertels New York, NY
See this Review
I've been working with Ninia for a couple months now, and it's been a great experience through and through. Ninia is the consummate professional. She's always…

Jan 2018 Casey W. Queens, NY
See this Review
I've had multiple physical therapists over the years, but never have I been to one like Ninia. I'm not even sure where to begin - she's kind, smart as hell (did…

Dec 2017 Shelby P. Boston, MA
See this Review
Amazing staff, clean facility and an extremely friendly atmosphere. Every time I injure myself running, Ninia fixes me up. I have known her since she used to…

Nov 2017 Vishal Arora New York, NY
See this Review
If I could give Ninia and her team at Spear a million stars, I would. I had/have a femoral stress reaction and put off going to PT for 4 months thinking I...

Nov 2017 Kristen D. Manhattan, NY
See this Review
If you are looking for a Physical Therapy practice that will truly get to the bottom of your issue and help fix the root of the problem, GO HERE. Ninia is so incredibly talented...

Oct 2017 Amanda M. New York, NY
See this Review
SPEAR made me a believer in PT! Ninia, Tyler & Krystle have taken such great care of me and my injury. I am so happy I made the decision to treat my injury at SPEAR.

Oct 2017 Kennedy B. New York, NY
See this Review
They are attentive, informative, caring and friendly. You always feel welcomed when you enter their facility. They genuinely care about helping you heal and improve...

Oct 2017 Mimi N. New York, NY
See this Review
It was been clear from the beginning that everyone was very invested in my recovery, which made a huge difference to me.

Oct 2017 Taraneh N. New York, NY
See this Review
I'll tell you that SPEAR at 59th is top notch and probably the best PT I've had. It's a clean, well run space that has all of the important equipment you need...

Sep 2017 Milo D. New York, NY
See this Review
Ninia is great PT, who patiently listens to her patients, and makes sure they are comfortable and improving throughout their recovery process. I would highly recommend working...

Sep 2017 Rahul K. New York, NY
See this Review
I actually look forward to my appointments every week and their support is invaluable, especially when there is a set back and they just know how to alleviate my frustrations...

Sep 2017 Richard V. New York, NY
See this Review
I highly recommend the SPEAR Physical Therapy center at the Plaza Hotel (midtown). The location is very clean, fully equipped and right next to a gym with all the latest machines...

Aug 2017 Virgilio G. New York, NY
See this Review
I've had an excellent experience at Spear from scheduling to insurance to treatment. Everyone I have had contact with has been professional, helpful, and personable...

Jun 2017 Monica V. NYC
See this Review
As a long-time runner, my knees were in pretty bad shape but with Ninia Agustin's help I've seen a marked improvement. I've strengthened my core considerably…

Feb 2017 Mike Potter New York, NY
See this Review
I suffered a fracture to my fibula and tore ligaments in my right ankle and foot. Ninia Agustin, my PT is just phenomenal. After 5 weeks I can't believe how…

Feb 2017 Joseph Victorine New York, NY
See this Review
I am having a great experience at SPEAR.  The entire staff is friendly and knowledgeable.  Ninia Agustin is my personal Physical Therapist and she is excellent…

Jan 2017 Ryan M Manhattan, NY
See this Review
Had a great experience at Spear on 57th St dealing with a shoulder injury. Ninia was fantastic! Was always a fun place to go.

Jan 2017 Andrea Z New York, NY
See this Review
I had first visited SPEAR 5 years ago and recently went back for a new injury.  Both visits were great. Joe, the director of the 57th St location, was understanding…

Dec 2016 Lee P Manhattan, NY
See this Review
Suffered a tough-to-diagnose nerve injury several months ago. The initial clinic doctor that saw me referred me to Spear and I'm so glad she did! Nina spent…

Sep 2016 Tanya G New York, NY
See this Review
Ninia is my PT and she has taken care of my gluts and my right external rotator. I'm not exactly sure how I injured myself but she was amazing in basically curing…

Jul 2016 Yang C Astoria, NY
See all Reviews
Find Ninia at: Times Square - Center for the Performing Arts, SPEAR LIVE
Open in maps
Connect With Us
Sign Up for our Newsletter
Submit